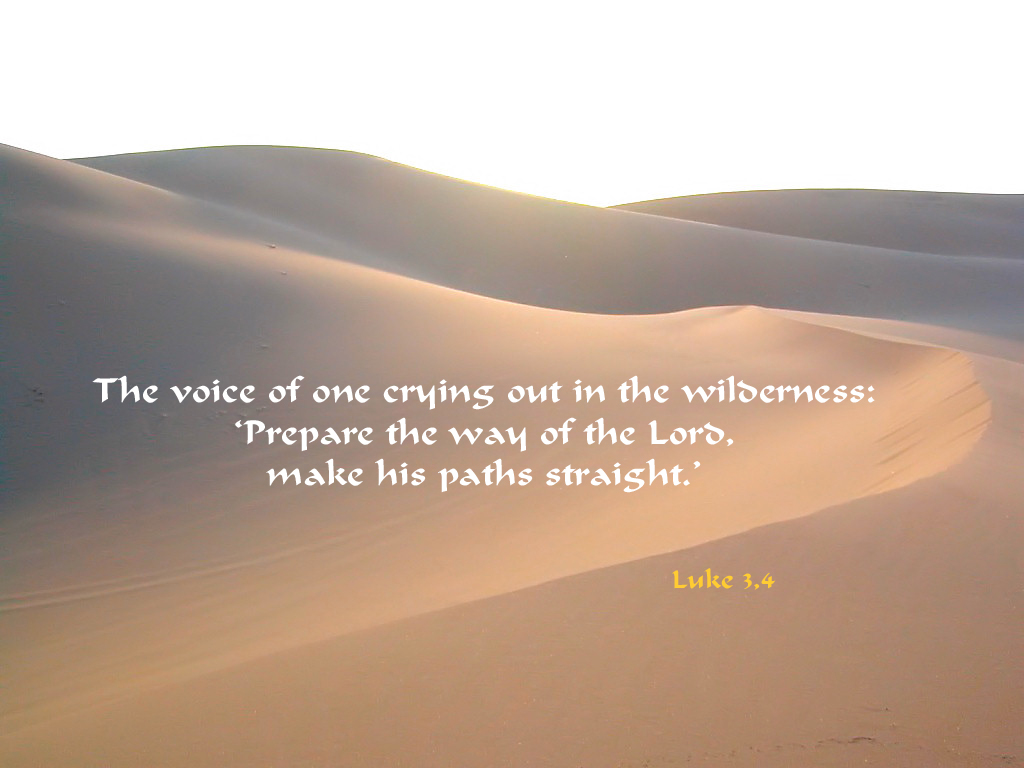 On Tuesday 26th I was delighted to be the speaker at the annual ‘Heralding Advent’ service, this year held at West Killara Catholic Church. A number of people have asked for my reflections to be made available, especially as many were unable to attend due to the storms that afternoon. So…

I’ve always been fascinated by the name of this service that we celebrate together each year; ‘Heralding Advent’.

It’s odd, if you think about it, to speak of ‘heralding advent’. For to be a herald is to declare that something is coming; it is to be sent ahead, ahead of the king or the main delegation, to announce that someone else, something else, is on the way.

So John the Baptist, the voice of one crying in the wilderness ‘make a straight way for the Lord’, he was a herald; a herald of the one to come, the one whose sandals he was not even worthy to untie, the one who would baptise with the Holy Spirit.

But what does it mean to ‘herald advent’? To go ahead of the time of going ahead, to prepare for the time of preparation?

Actually, I wonder if that might in truth be exactly what we need.

That maybe we need to acknowledge that we do not live in a time when people are waiting, expectantly, for God to act, for God’s messiah to arrive. For this, of course, was the situation into which John the Baptist appeared, as the herald of Jesus – a time of expectation, a time of need and struggle, but a time in which it was believed, assumed, even, that the answer to those struggles lay in God. A time in which the people were accustomed to the idea that God would be the one to save them.

But we do not live in such a time. Our culture, our society, is not waiting with expectation for God to act. They might be looking for other solutions, they might be trying to take action for themselves, or they may have simply given up hope that things will ever change, but they aren’t waiting for God.

Indeed, the thought of God as a solution, the idea that “God with us” might be good news, would seem crazy to many, perhaps most, in our society – and worse, to those many who have been hurt, denigrated, or rejected by those who claim to speak as God’s people, by the Christian Church, the idea of God being closer, of God becoming more involved in our society, can be offensive or even downright frightening.

How can we be heralds to the wider world when 30% of the population say they trust religious leaders – only just better than politicians? When we are known not for our love for one another, as Jesus suggested, but for those things we object to?

We maybe need to take another step back. Back, as in John’s telling of the words of Isaiah, to the one who prophesied of the one who would prepare the way.

For it was the words of Isaiah, and of the other Hebrew prophets, that had created the expectation, the hope, the longing for God to enter into the affairs of our world, to walk alongside us once more.

And maybe that is what we need to be doing, as we speak of ‘heralding advent’. Not to cast ourselves in the role of John, declaring the arrival of Jesus, but of Isaiah, assuring a sceptical and rebellious and hurting world that God is still worth thinking about.

To set aside the assumption that everyone is waiting to hear what we have to say, and instead do the much harder work of earning the trust and respect of a disillusioned culture.

By the stories of our lives showing that when we speak of the love of God it is not empty words but a life-changing reality.

By our love of neighbour, stranger and enemy demonstrating that we truly do see the image of God in all humanity.

Not to arrogantly declare to a sceptical world that we have the answers, but to lovingly demonstrate to that world that maybe the questions are worth asking.

So that perhaps once again the mysterious, miraculous entry of God into the world might be heard as long awaited good news.

Roseville Uniting Church is a safe place for all people to worship, regardless of age, race, gender, sexuality, or ability.